‹ Back to Blog
‹ Retour au Blog

Monthabor: A marina drone, from concept to prototype 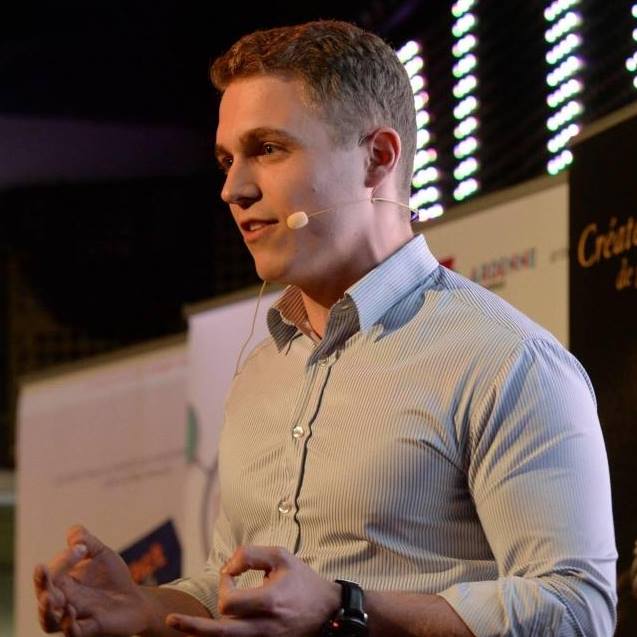 Monthabor is the first client use case that we want to talk about here. A few months ago, Christophe came to see us to explain how he wanted to help harbormasters improve their services at marinas. To keep it simple, the product Christophe and his company Monthabor were working on is a concept for a drone boat ⛵️, used to guide boat captains through the marina. This marina drone can simplify the life of marina managers and users, while simultaneously reducing the associated carbon footprint. Simple as that!

The marina drone will be tested at Cherbourg very soon, with its 1400 mooring spaces. It’s equipped with a custom-made interface for navigating and guiding the cameras. The device is able to navigate remotely through the marina, verifying and indicating dock space, and facilitating access for boaters.

Birth of the marina drone

The idea for a drone boat came during a vacation. Christophe Martin realized that there was very little innovation happening in the marina world, even though there were plenty of problems to solve. Today when a boat arrives in port, it has to call the harbormaster, who then arrives in a small boat with an outboard motor 🚤, a procedure that takes up a lot of energy. In other cases, the boater has to find the route to their mooring on their own. The inventory of moorings available in port is also usually done on the harbormaster’s boat, manually noting down vacant spots. It takes time and effort, and most importantly, it’s not always accurate. The drone boat would be able to automate boats’ arrivals and facilitate daily work at the marina. With around 400 marinas (on the sea and rivers) in France and its territories, there’s real potential in Monthabor’s boat drone.

To make sure the project didn’t sink, Monthabor quickly turned to the idea of working with a service provider to develop the product. The planning was done, various commercialization phases put in place for various versions of the product. The idea and the need are there, no doubt. They even got a patent, validating the potential for the boat drone on the marina equipment market. The challenge now is to make the product real and overcome all the technical challenges!

Guiding the project toward the open sea

Before embarking on product development, it’s important to really understand the client’s vision and the needed technological building blocks. Before jumping in the water, our process requires a global understanding of all the different aspects of the project.

An idea that’s as innovative as Monthabor’s is exciting. But producing a reliable, operational prototype means establishing priorities and making choices. In order to make sure the project keeps developing, we need to concentrate on the most important functionalities, the ones that will make a real difference as soon as the product hits the market. Along the way, it’s easy to fall into the trap of modifying, perfecting, adding “just one more thing” to a project. But the more you adjust your course, the greater the risk of falling behind and getting further from the original destination. It’s important to stay flexible and adapt to the changing winds, but you also have to know how to concentrate on the real value being added at any moment.

“We didn’t want to waste any time getting the first version to market. The people we have talked to understood the idea immediately. For people who know marinas, they immediately see the value here.” Christophe Martin, Monthabor

A multi-disciplinary project: The right technical solutions at the right moment

When Christophe got in touch with us to turn his concept into a functioning prototype, our team was immediately attracted to the job. We were first contacted by Christophe Martin, founder of Monthabor, to fabricate the boat drone prototype. The goal? To find the technical solutions that let us build the first boat, sure, but also to get a functional boat that we could get into the water for testing as quickly as possible. It’s the kind of multi-dimensional challenge that we love - one that requires multiple areas of expertise and a proactive methodology to move forward.

“It’s much easier, especially at the beginning of a project, to have things done externally.” Christophe Martin, Monthabor

“We needed a boat that worked as a stable platform, a base where we could quickly test and modify different functionalities.” Thomas Goyet, Sparkmate

Open source to get the electronics up and running quickly

Open source lets us utilize the work of an entire community, adapting it to our current needs. Moving forward rapidly, getting things built, it’s about knowing that you don’t have to reinvent the captain’s wheel with each project!

We coded our own script to have 4 video streams at the same time, in real time. It’s a 100% custom-made product that fits a critical functionality for the project. And it merited taking the time to get it right. Coding yourself is also about being able to have the electronic components working according to your specific criteria. That doesn’t mean you can’t use open source code to get started. The key is jumping in and aiming at a product that can run and be tested with the client. The faster we’re testing, the faster we get better, and we can avoid running into a wall.

“The images from the drone, 4 cameras, it lets the harbormaster in port see everything that’s going on. The cameras let you navigate and verify everything via the interface, without leaving the control station.” Christophe Martin, Monthabor

“We developed a 4-video stream with a Raspberry Pi. Onboard computer: to guide the motors and the commands sent by the user, plus it gives the drone’s status; we went with open source, using a PixHawk with Ardupilot firmware. The goal is to have firmware that’s stable and well-documented, with an active community that has made numerous improvements. Communications: to communicate with the PixHawk from the port we added a Raspberry Pi 4 with a “partner computer” function. The Raspberry Pi let us quickly add different functionalities (LiDARs, 1 camera stream, multi-camera stream, WiFi, different Python scripts, dronekit, etc.)” Thomas Goyet, Sparkmate

Getting a battery that doesn’t run out

Above we mentioned the fact that outboards consume a lot of energy.

The marina boat drone needs to be efficient, visible and discreet all at once. Choosing its power source isn’t a small question, as it needs to have enough autonomy to execute tasks over a large area of water. During the development phase of the project, Sparkmate first ordered a set of batteries designed and built in China. Once the system was validated, it was decided to source batteries from a French supplier. Mobion was chosen for the boat’s batteries.

We came up with a floating station that the boat drone could access autonomously for mooring, rinsing and charging. A mounting system and a rinsing system for the hull were put in, all while the boat was being recharged. As such, the product benefited from continuous maintenance.

Designing and building a boat hull

Did you know that it took 2000 oaks to build the replica of the frigate Hermione? We aren’t at that level here. Plus, boats have evolved quite a bit since the 18th century, just like technology. To get things moving, the first version of the hull was carved out of fiberglass.

With that hull model tested and approved, we had to find a supplier who could produce a beautiful, sturdy hull that could be replicated at scale. Multiple tests were performed in Spain to settle on the actual hull with the provider.

The guidance system for the boat was originally via a videogame controller. This let us test various functions and highlight specific needs together with the client.

Then a console was specially designed for the project, taking into account the initial needs, ergonomics, and the steering experience. This is why it’s important to regularly test the product and get all the parties involved in the design process: pretty quickly, we were able to come up with a version that matched the needs in the marina. The guidance system is an essential part of the project - it’s how the harbormaster can actually control at distance the boat drone, both to meet boaters and to verify mooring spaces. The video streams finish it all up - fore, aft, stern, and bow, everything you need to ensure that it’s perfectly controlled.

“Managing the drone from a distance and using the controller, we used the open source QGroundControl software. It let us have a stable platform that we could personalize, and that included several tools (joystick calibration and radio commands, offline control, logs, etc.).” Thomas Goyet, Sparkmate

Getting it into the water! The Cherbourg marina in Normandy will be the scene, validating the drone boat prototype and its everyday use. With 1400 moorings, the port of Cherbourg will be able to use the prototype to verify open moorings and guide arriving boaters into the marina.

“We have identified all the marina that could be interested in the drone. After the first experiment with the Cherbourg marina, we will start to communicate progressively with other marina administrations to share our innovation.” Christophe Martin, Monthabor

The drone will be available for rent during periods of 24 months. Maintenance and training is part of the offer. Also, the manufacturing will be managed by local production units close to the ports, good news for local marina ecosystems!

We have already imagined several optimizations for the boat. We're exciting to tell you more!

‹ Back to Blog
‹ Retour au Blog

And you, what is your spark ?

Work with usJoin the teamContact